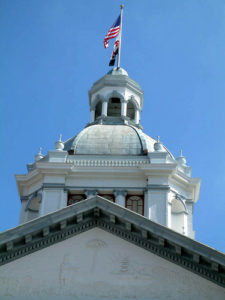 Personal Injury Protection now offers $5,000 in death benefits in addition to $10,000 in medical and disability benefits. Previously, the death benefit was the lesser of the unused PIP benefits, up to a limit of $5,000. The increased death benefit is effective January 1, 2013.

The bill revises provisions related to the PIP medical fee schedule in an effort to resolve alleged ambiguities in the schedule that have led to conflicts and litigation between claimants and insurers. The bill clarifies that the reimbursement levels for care provided by ambulatory surgical centers and clinical laboratories and for durable medical equipment is 200 percent of the appropriate Medicare Part B schedule. The Medicare fee schedule on effect on March 1 will be the applicable fee schedule for the remainder of that year until the subsequent update. Insurers are authorized to use Medicare coding policies and payment methodologies of the Centers for Medicare and Medicare Services, including applicable modifiers, when applying the fee schedule if they do not constitute a utilization limit. The bill also requires insurers to include notice of the fee schedule in their policies. These provisions are effective January 1, 2013.

The bill amends provisions related to attorney fee awards in No-Fault disputes. The bill prohibits the application of attorney fee multipliers. The offer of judgment statute, s. 768.79, F.S., is applied to No-Fault cases, providing statutory authority for insurers to recover fees if the plaintiff’s recovery does not exceed the insurer’s settlement offer by a statutorily specified percentage. The bill maintains current law allowing a party that obtains a favorable judgment from an insurer to recover reasonable attorney fees from the insurer. The bill also requires that the attorney fees awarded must comply with prevailing professional standards, not overstate or inflate the number of hours reasonably necessary for a case of comparable skill or complexity, and represent legal services that are reasonable to achieve the result obtained.

Investigation and Payment of Claims

Provisions relating to the investigation of PIP claims by insurers are revised, effective January 1, 2013. Insurers are authorized to take an examination under oath (EUO) of an insured. Compliance is a condition precedent for receiving benefits (the insurer owes zero benefits if the insured does not comply). An insurer that unreasonably requests EUOs as a general business practice, as determined by the Office of Insurance Regulation (OIR), is subject to s. 626.9541, F.S. of the Unfair Insurance Trade Practices Act. The bill also provides that if a person unreasonably fails to appear for an independent medical examination (IME), the carrier is no longer responsible for benefits. Refusal or failure to appear for two IMEs raises a rebuttable presumption that the refusal or failure was unreasonable.

Changes are made to the statutory process for the payment of PIP benefits, primarily to assist claimants in their claim submissions, effective January 1, 2013. A claimant whose claim is denied due to an error in the claim is given 15 additional days to correct the erroneous claim and resubmit it timely. The insurer must maintain a log of all PIP benefits paid on behalf of the insured and must provide the log to the insured upon his or her request if litigation has initiated. If a dispute between insurers and insureds occurs, the insurer must provide notice within 15 days of the exhaustion of PIP benefits. Insurers must reimburse Medicaid within 30 days. The electronic submission of records is authorized, effective December 1, 2012.

House Bill 119 contains numerous provisions designed to curtail PIP fraud. The bill defines insurance fraud as knowingly presenting a PIP claim to an insurer for payment or other benefits on behalf of a person or entity that committed fraud when applying for health care clinic licensure, seeking an exemption from clinic licensure, or demonstrating compliance with the Health Care Clinic Law. Claims that are unlawful under the patient brokering law (s. 817.505, F.S.) are not reimbursable under the No-Fault Law. A health care practitioner found guilty of insurance fraud under s. 817.234, F.S., loses his or her license for 5 years and may not receive PIP reimbursement for 10 years. Insurers are provided an additional 60 days (90 total) to investigate suspected fraudulent claims, however, an insurer that ultimately pays the claim must also pay an interest penalty.

The bill defines failure to pay PIP claims within the time limits of s. 627.736(4)(b), F.S., as an unfair and deceptive practice. The OIR may order restitution to the insured or provider, but is not limited in its other administrative penalties, which may include suspending the insurer’s certificate of authority.

Law enforcement is required to complete a long-form crash report when there is an indication of pain or discomfort by any party to a crash. All crash reports completed by law enforcement must identify the vehicle in which each party was a driver or passenger. For all crashes that do not require a law enforcement report, the vehicle driver must submit a report on the crash to the Department of Highway Safety and Motor Vehicles within 10 days of the crash.

The bill creates a non-profit direct support organization, the Automobile Insurance Fraud Strike Force, which can accept private donations for the purposes of preventing, investigating, and prosecuting motor vehicle insurance fraud. Monies raised by the Strike Force may fund the salaries of insurance fraud investigators, prosecutors, and support personnel so long as such grants or expenditures do not interfere with prosecutorial independence. Funds may not be used to advertise using the likeness or name of any elected official or for lobbying.