Experience You Can Count On

After working at a large personal injury law firm litigating cases in trial and appellate courts throughout Tampa, St. Petersburg, and Clearwater, I decided to make the move to Southwest Florida and open my own law practice in Bonita Springs, The Personal Injury Law Office of James L. O’Leary, which opened on January 1, 1997 and remains the longest standing personal injury law firm in Bonita Springs Florida. 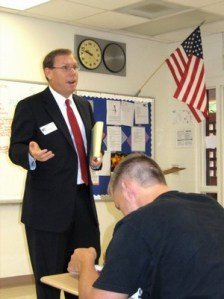 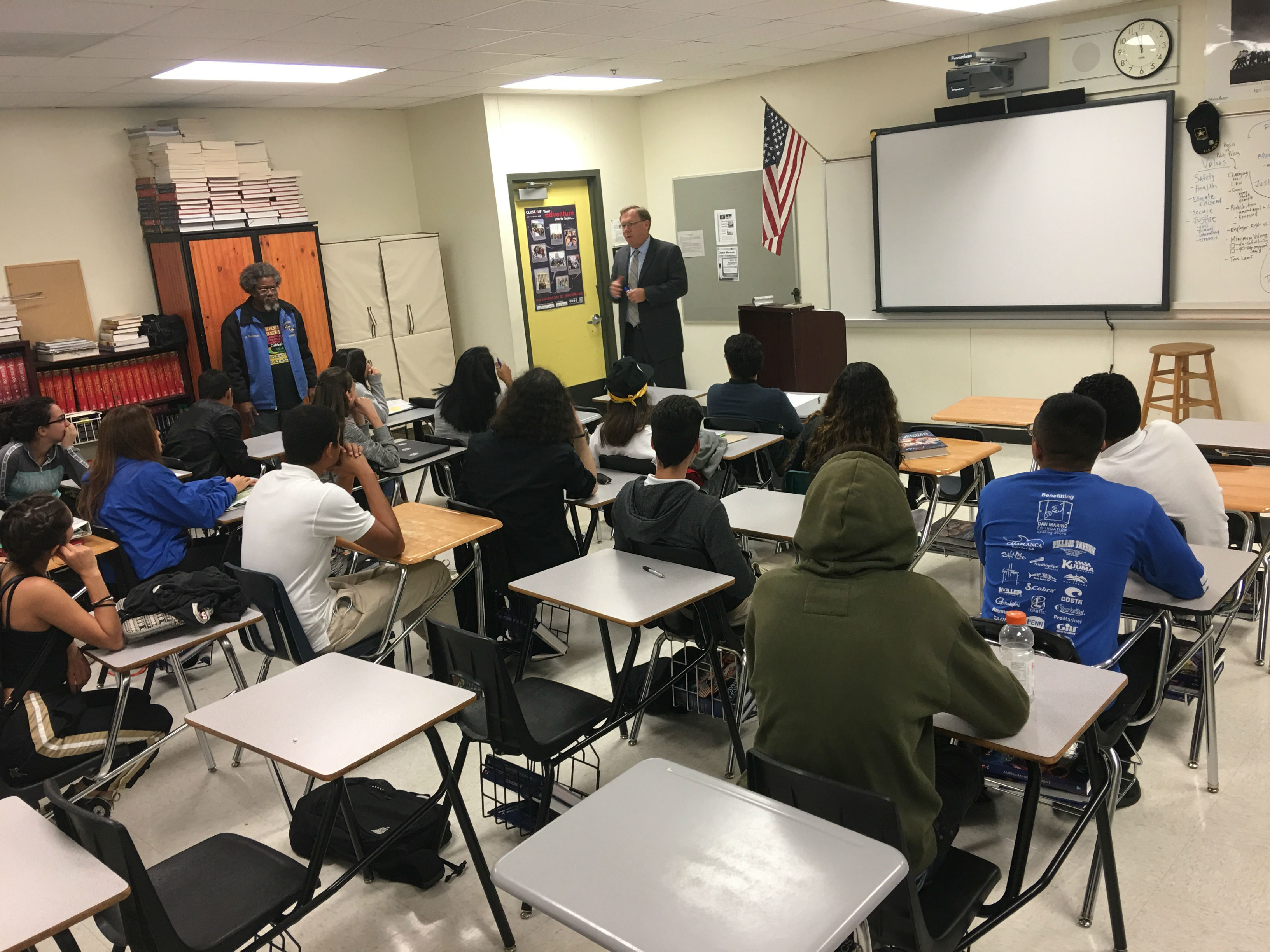 Speaking to a class of Seniors at Ferguson High School as part of Ethical Governance Day. October 19, 2017.

Over the years I have volunteered as a pro bono attorney at the Legal Aid Service of Collier County. I have served in the past as a board member and as the President of the Bonita Springs Youth Council, The Bonita Springs Rotary Club, the Bonita Springs YMCA, and as a member in The Bonita Springs Area Chamber of Commerce. I have also had the privilege to teach at Bonita Springs Middle School representing the Florida Bar in the Justice Teaching Program designed to educate Florida’s youth about the legal system. Over the years, I have also been a guest speaker in almost every elementary, middle, and high school in the Bonita Springs/Estero area. I enjoy not only teaching the law to kids but also trying to get them to appreciate the both our rights and our responsibilities as citizens of the United States. My time with students always ends with encouraging them to believe in their dreams, motivating them to work hard, to set goals for their education, and to come away with a renewed spirit of optimism about their education and future.

I served as President of The Rotary Club of Bonita Springs from 2011-2012, a worldwide organization with over 1.2 million members in over 200 countries working to eradicate polio, promote world understanding and peace, provide clean water and sanitation to third world countries, promote education and literacy. Having served as a member of Rotary for over twenty years, I seek to model my personal and professional life on the Rotary 4 Way Test of the things Rotarians think, say and do:

Is it the truth?

Is it fair to all concerned?

Will it build goodwill and better friendships?

Will it be beneficial to all concerned? 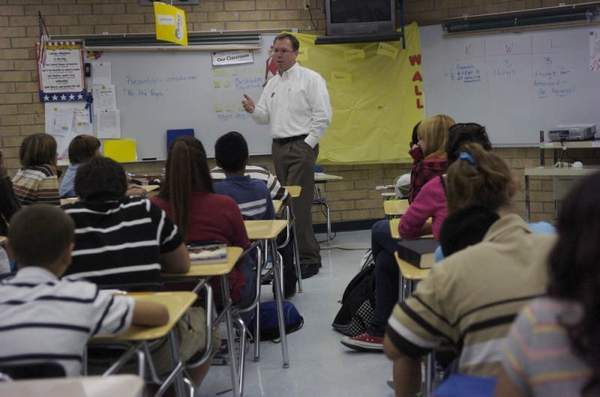 Speaking to a class of middle school students at Bonita Springs Middle School
as part of The Florida Bar ‘s Justice Teaching Program.
I also just completed a 4 year mentorship of student at Estero High School as part of the Take Stock in Children program through the Foundation for Lee County Schools. My student earned a college scholarship and will be the first generation of his family to ever attend college.
Read Thank You Letters from Students